The first primary contests of the 2020 election are just under three months away, and the deadlines to register to vote are coming up in several early states.

Over the course of almost four months between February and June, nearly every US state and territory will hold a primary election or caucus to determine how they will allocate their delegates to determine the 2020 presidential nominees for each party.

But states all have different policies about who can vote in the primaries, and whether or not you have to be registered with a given political party to vote in their primary.

States with open or partially open primaries allow unaffiliated voters, and in some cases, people registered to different parties, to vote in the state's Democratic presidential primary.

According to Green Papers' data, 22 states have fully or partially closed Democratic presidential primaries, meaning you must be registered as a Democrat to vote in the primary.

Eleven states further have partially open primaries where unaffiliated but not registered Republicans can vote in the Democratic primary. And seventeen states have fully open primaries where any person, regardless of their party registration, can cast a ballot in the Democratic presidential primary, however, voters can only participate in one party's primary.

Keep in mind, however, that many states have different rules for federal and state-level primary elections, and this map of which states have open or closed primaries only applies to Democratic presidential primaries.

And since every state has its own unique laws and stipulations regarding presidential primaries, double-check your own state's rules before deciding how to register. 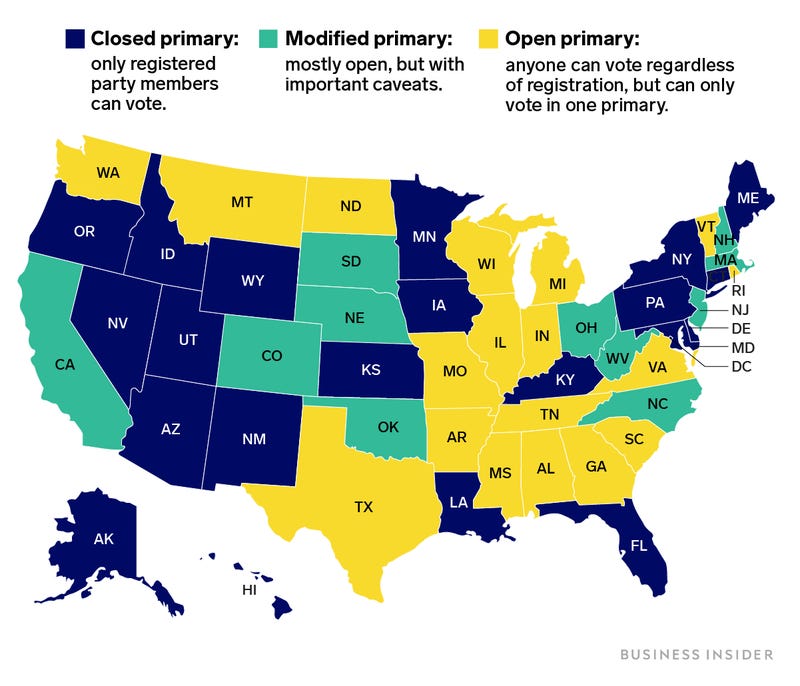 The deadline to register to vote in every state:

How Trump’s Response to Covid Ruined My Wedding

By Ali Hasanali As every Desi knows, there are only two noteworthy phases of a person’s life. The youthful time spent in pursuit and anticipation of getting married, and the societal oblivion of a per

Why should you vote for the Biden/Harris ticket this Nov. 3, 2020

By Naishadh Saraiya To my undecided friends: While there is an excitement over the selection of Kamala Harris as a VP candidate on the Democratic ticket, there are also some hushed comments about her

The Color of Carnage in Trump’s America

By Shivam Dave The concept of representation, the idea that you can be just like someone because that someone looks like you or speaks like you or grew up like you holds importance in American politic